The axis of good life

« The Ottenser Hauptstraße is Ottensen’s main street, one of Hamburg’s most populated neighborhoods. Its transformations have not always been welcomed by its residents, whose wariness of makeovers is well documented. That being said, now the cafés and shops on both sides of the lane have become a magnet for the bon vivants of other boroughs… » This story also appeared in Szene Hamburg. 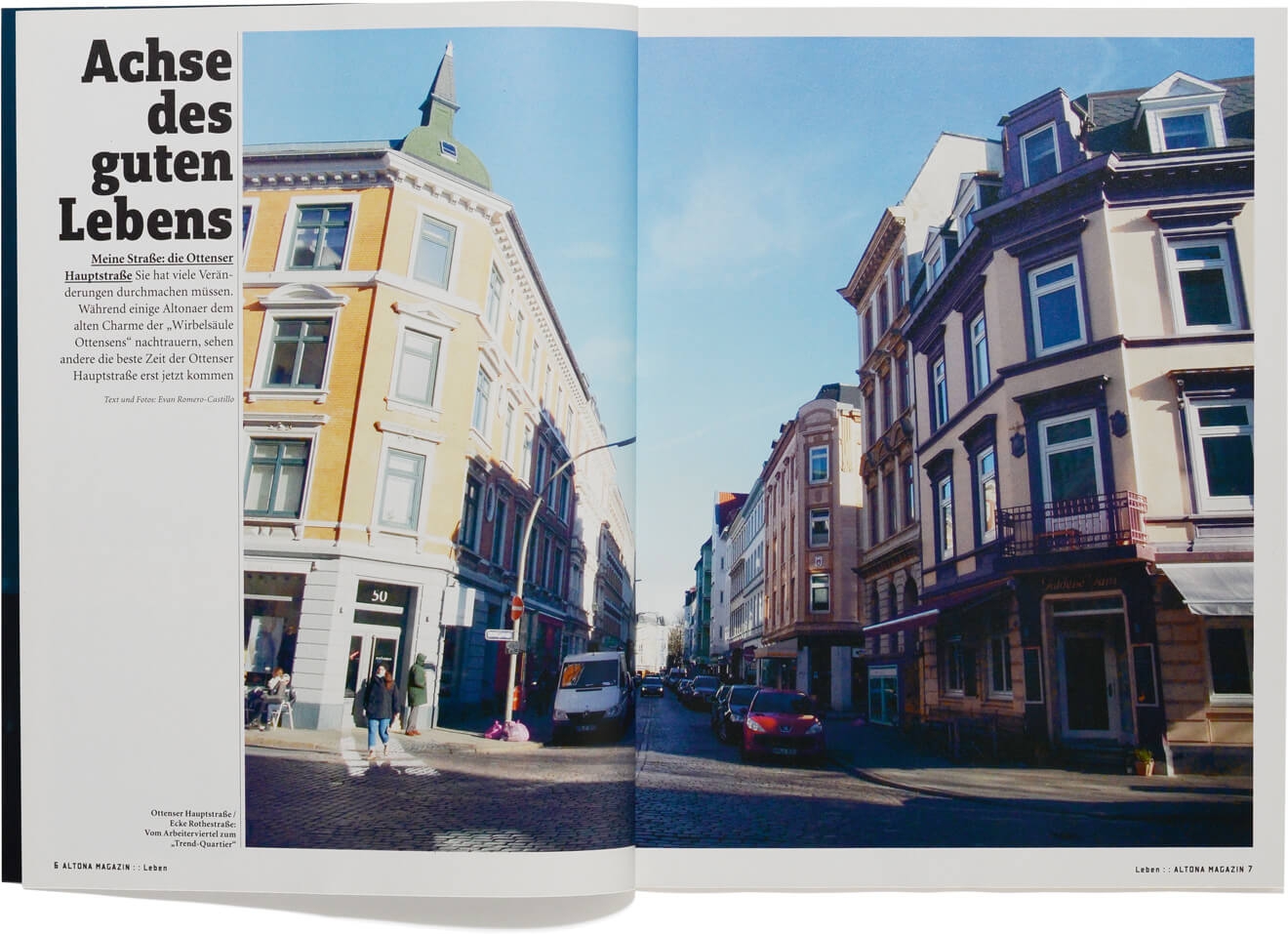 « “I too perceive the gentrification of the Ottenser Hauptstraße as problematic. But let’s be honest: its transformation has been fostered by some of the neighborhood’s residents for over a generation. I’m talking about the locals who bought property for very low prices in the seventies and now want to have the flair of Italy’s streets on their doorsteps”, says a witness of those changes. »