This essay explores the narrative resources of the music video, a cultural product often disregarded as nothing more than a commercial tool. Four-minute revolts analyzes the video clip’s potential as a vehicle for political comment on homophobia and transphobia, and reviews the representation of gays, lesbians, bisexuals, transgender and intersexuals in this audiovisual genre. 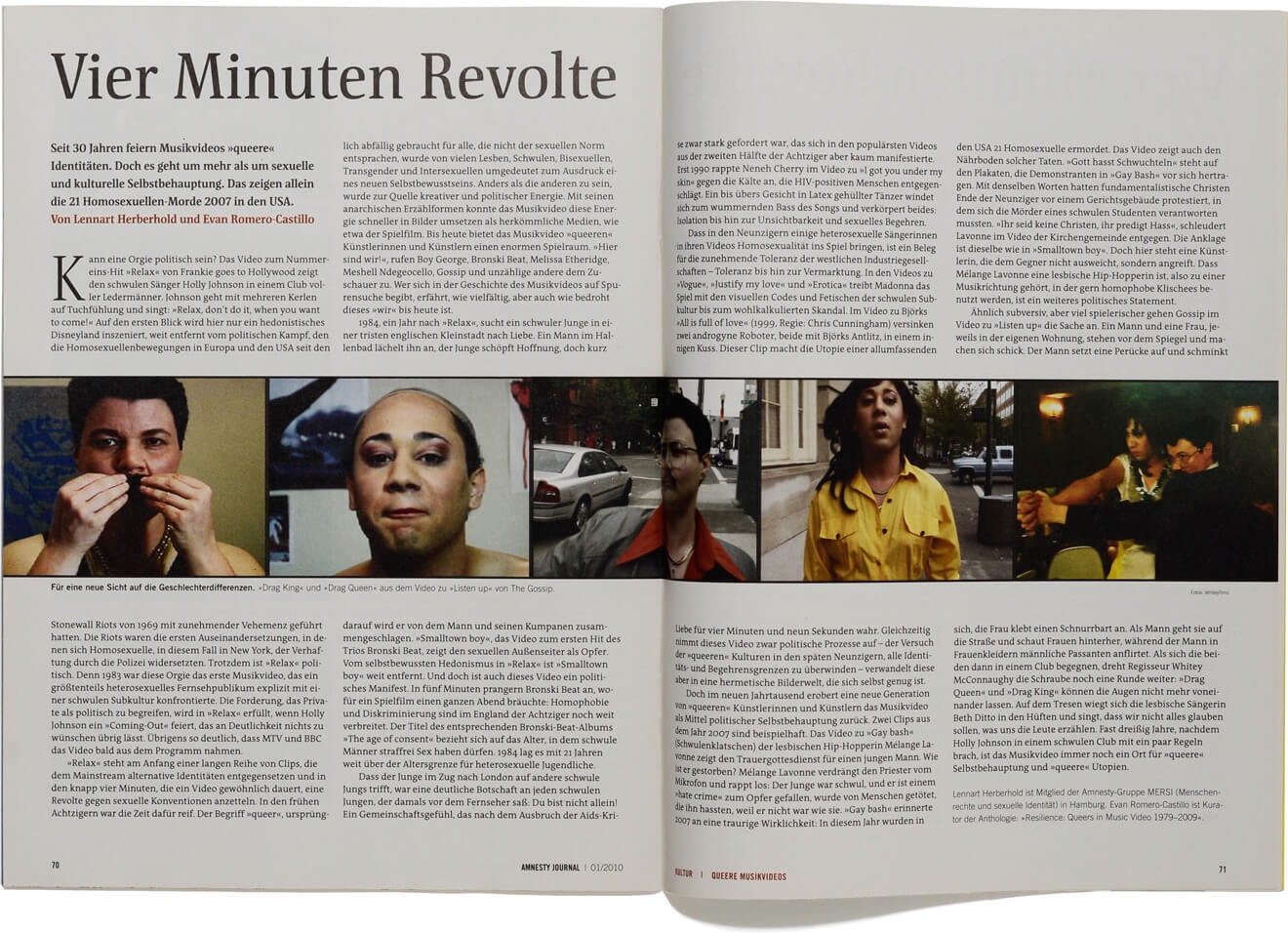