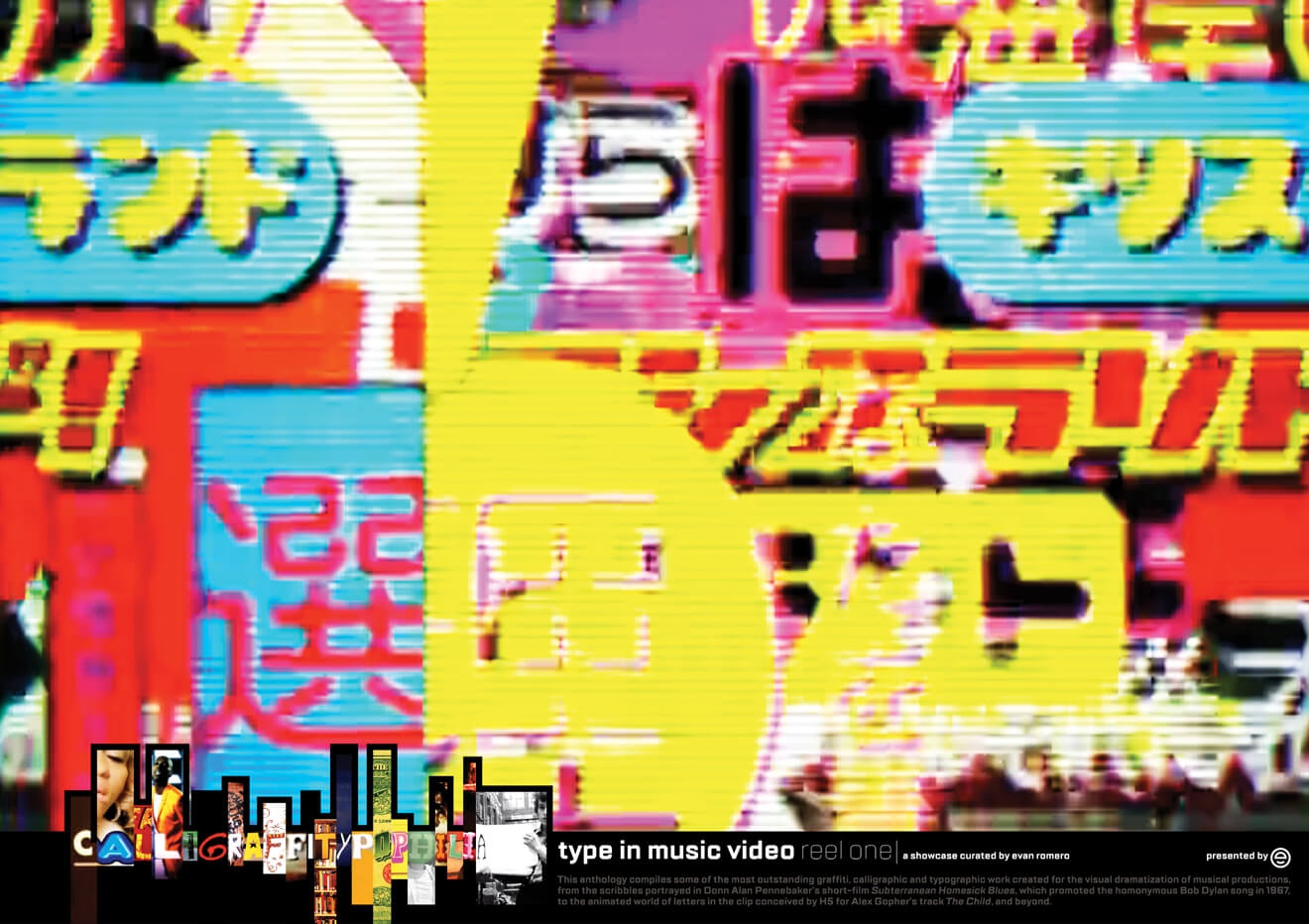 Calligraffitypophilia compiles some of the most outstanding graffiti, calligraphic and typographic work created for the visual dramatization of musical productions, from the scribbles portrayed in Donn Alan Pennebaker’s short-film Subterranean Homesick Blues (1967), for the Bob Dylan song of the same name, to the animated world of letters in the clip conceived by Antoine Bardou-Jacquet for Alex Gopher’s track The Child (1999).

This anthology celebrates the prolific alliances between songwriters, performers and visual artists by bringing some of the most outstanding animated music videos to the large screen; from Lee Mishkin’s work for Love is All (1974), performed by Roger Glover featuring Ronnie James Dio, to David Wilson’s video clip for Let Go (2010), performed by The Japanese Popstars featuring Green Velvet. 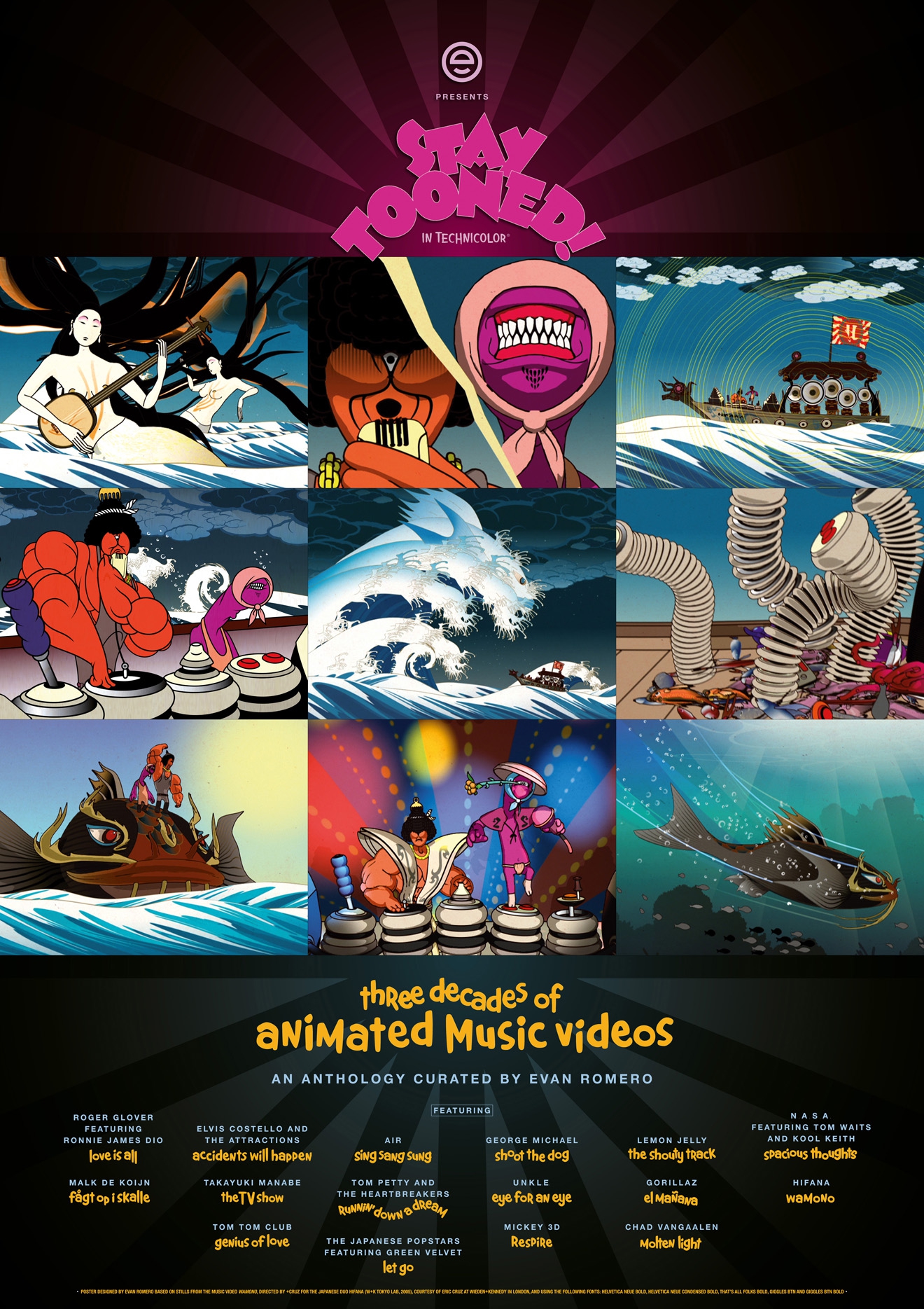