Romero’s promo for the International Queer Film Festival Hamburg was inspired by its organizers’ wish to address the Zeitgeist politically and by the opening lines of Sarah Schulman’s novel People in trouble: « It was the beginning of the end of the world but not everyone noticed right away. Some people were dying. (...) Some people were cleaning their houses while the war movie played on television. » 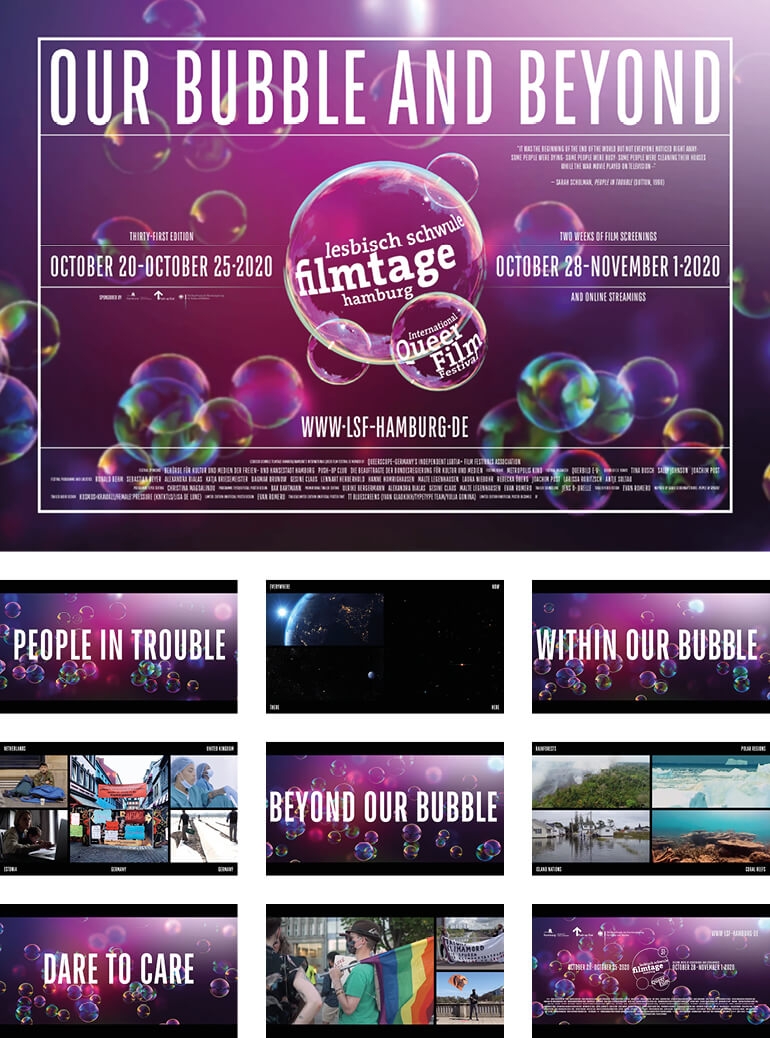 Co-curated by Evan Romero, this music video anthology praises the audiovisual legacy of performers and video directors who have been answering mainstream rappers’ homophobic and transphobic slurs for years with muscular sounds, brilliant rhymes, defiant images and in-your-face postures of their own. From Man Parrish’s seminal Hip Hop Be Bop to the Transatlantic homo hop movement. 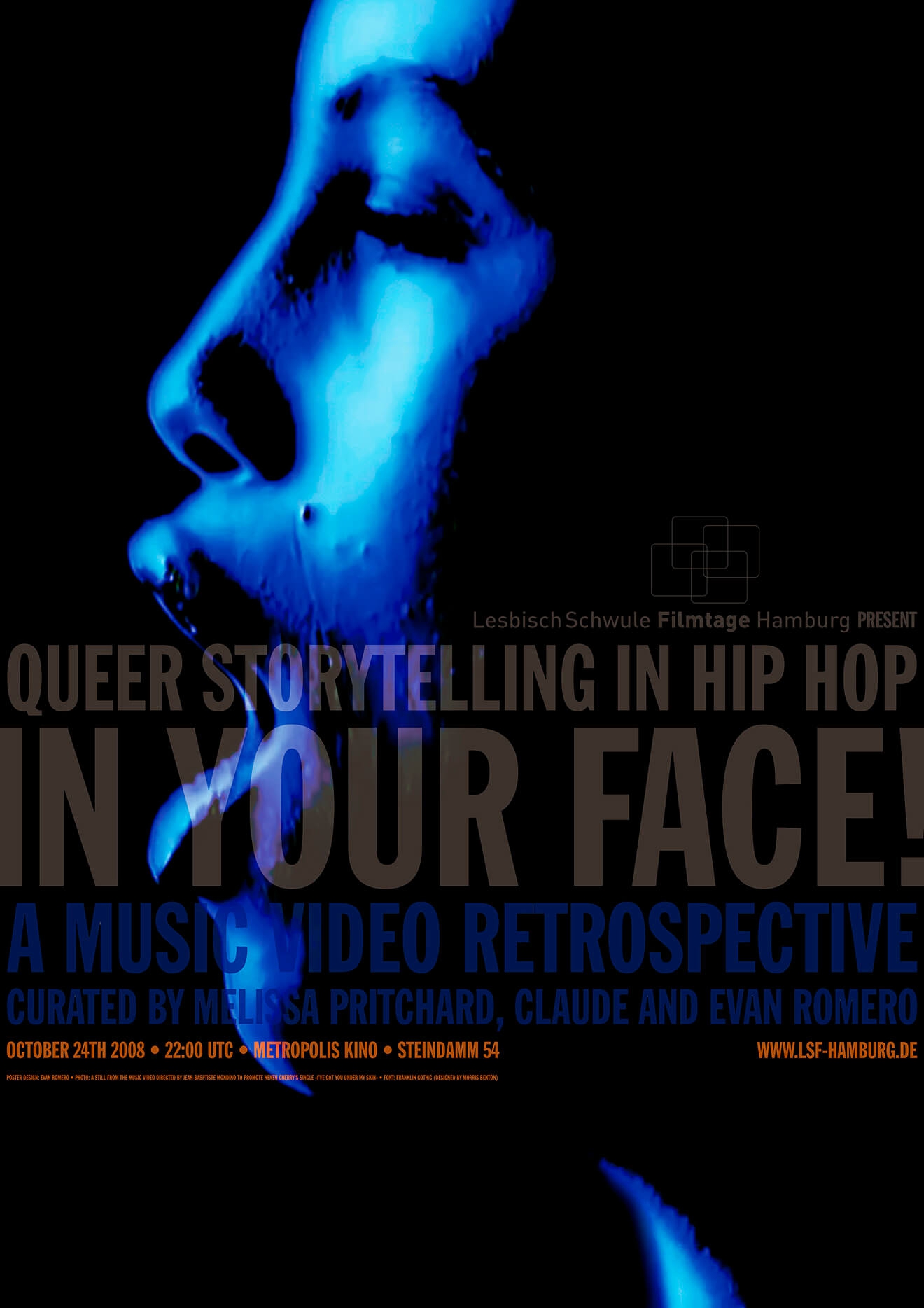 Promotional poster for the anthology curated
by Mel Pritchard, Claude and Evan Romero

Recognition of rock ‘n’ roll’s origins in rhythm ‘n’ blues was slow in coming and it took the showbiz honchos years to openly praise the contributions of gay culture to that underdog known as disco music, but not nearly as long as it’s taking the entertainment industry to embrace hip hop’s queer crowd and its growing artistic output. In your face! features Man Parrish, pioneer of the art form whose 1982 track Hip Hop Be Bop (Don’t stop) is hailed as the first hip hop record by an openly gay person; Yo Majesty, fêted rappers whose lyrics about lesbian desire often remain underreported by the established music press; openly bisexual musician Meshell Ndegeocello and prominent drag-queen RuPaul, whose nonchalant flaunting of their queerness earned them heavy rotation on mtv during the nineties; renowned video directors like Jean-Baptiste Mondino, Kevin Bray, Merrill Aldighieri and Francis Legge, who challenge hip hop’s hegemonic visual discourse by bending its gender stereotypes out of shape; stars of the international homo hop scene whose careers won momentum after being portrayed in Alex Hinton’s documentary Pick up the Mic; and other talented artists who conquer eyes and ears with powerful images and vigorous fusions of hip hop and contrasting musical genres – from r&b, soul and funk to pop, electro and house.