Attentively viewed, the clips featured in this retrospective reveal the different faces of homophobia/transphobia and how complex the reactions of human beings can be when subjected to harassment, mockery and discrimination. Curated by Evan Romero, Resilience was screened at Fringe! Film Fest London and also at queer film festivals in Bremen, Hamburg and Münster. 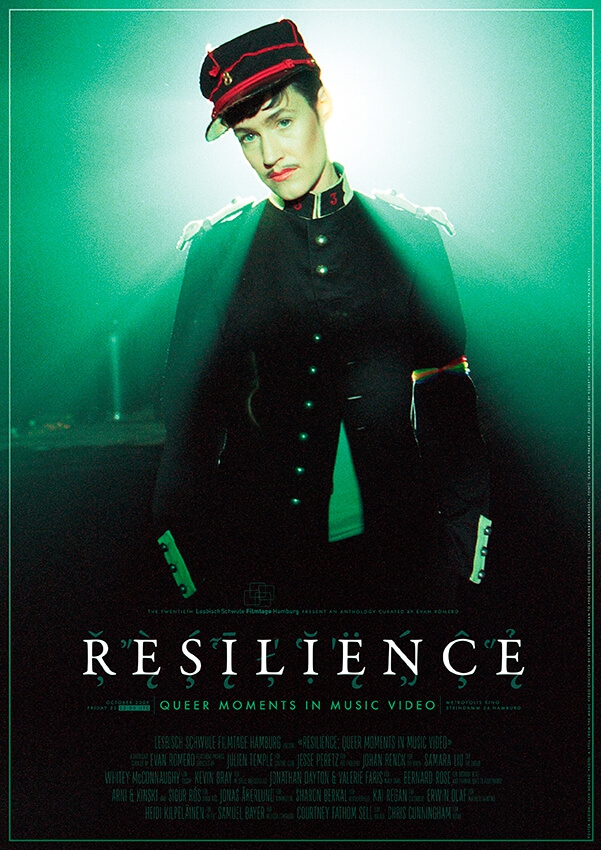 This anthology compiles some of the most outstanding queer-themed clips produced from the birth of the music video industry, ca. 1979, up to the second decade of this century, from Frankie goes to Hollywood’s Relax to Gossip’s Listen up!, ranging from pop promos that seem to champion lgbtiq while simultaneously feeding on their alleged “shock value”, to much more candid stories of sorrow, hope and joy.